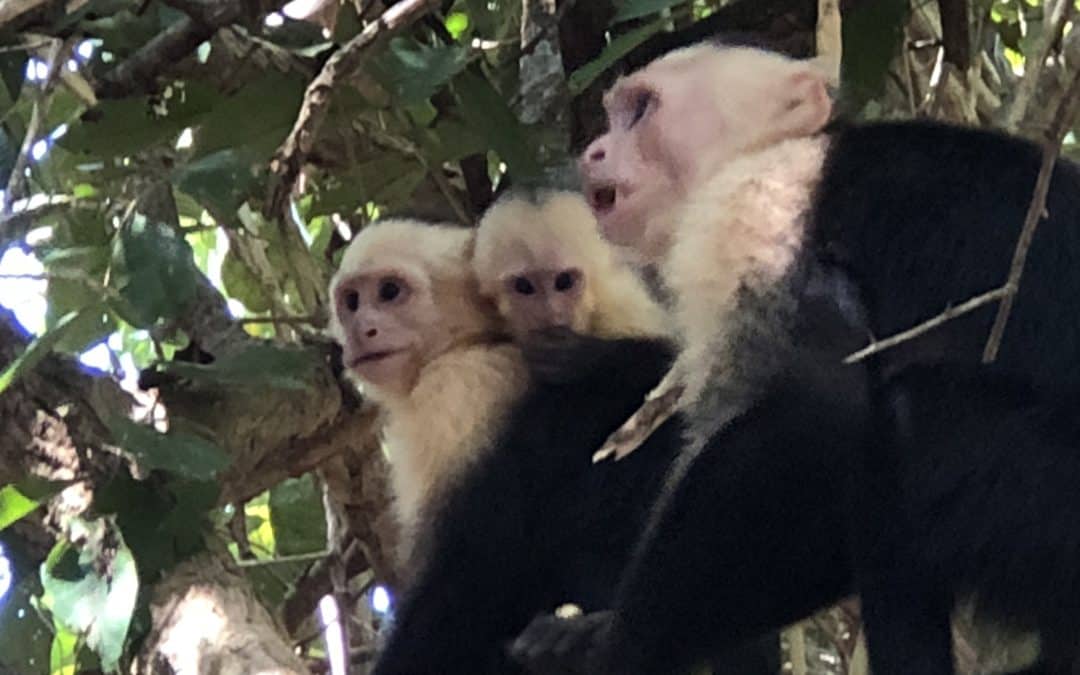 ​Having been around so many animals in Costa Rica repeatedly, I have begun to learn which noises belong to which animal. There’s the 5:30am wake up call from howler monkeys. The distinct call of the Tucan, the annoying chickens and many more.

I began to love hearing these sounds, in nature. Not so much in my hotel room. For four nights I slept in a super cheap hotel room. Before I went to sleep, and sometimes in the middle of the night, a chirping noise would rouse me. It was so loud it may have been in my room, but I knew there was a good chance it was just outside my door. Happily I recognized the chirping as a gecko (so weird – they chirp like a bird!) and I actually like them and know they won’t fall on my face at night so I simply returned to slumber. 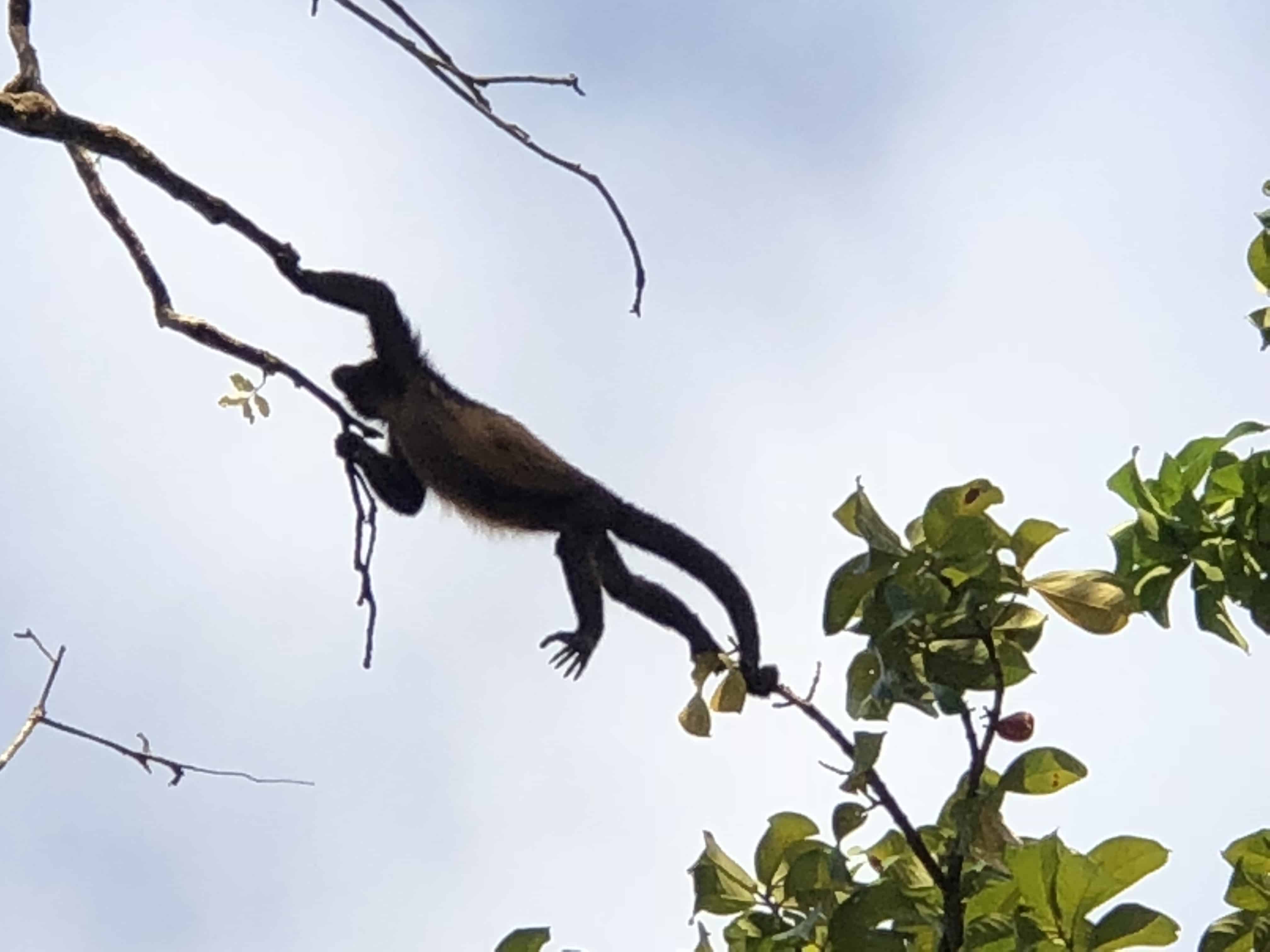 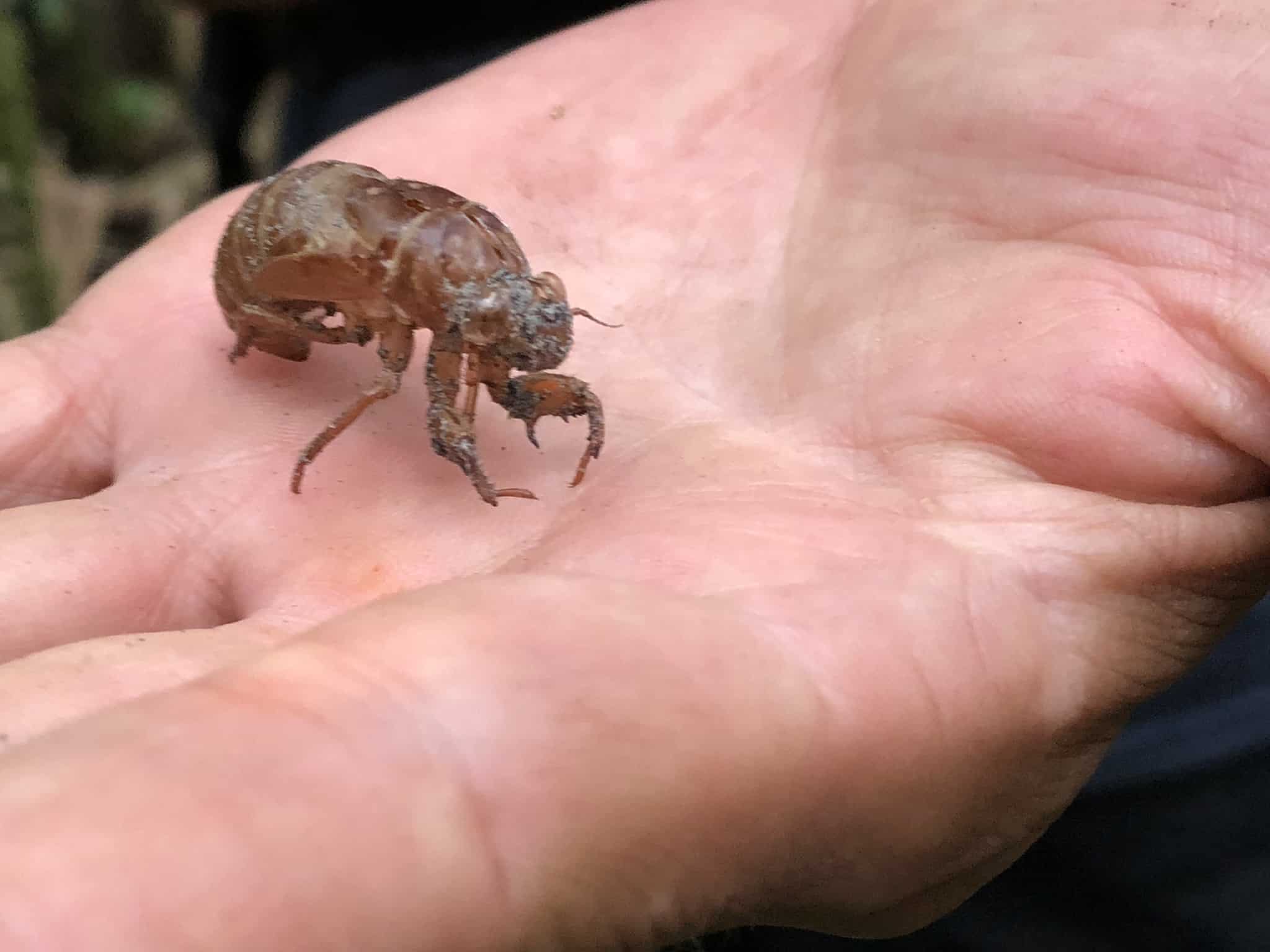 ​I have shared my various rooms with creatures that would normally send me running outside or in search of being rescued. Living with wildlife has become a way of life. So, when one of my rooms had a frequent sound of pattering feet above my head, running to and fro, the story I created is that it was a dog eager to know where it’s owner was. I never heard people come home to feed him, and he kept being there, day after day. This small lie is still an easier idea to sleep to than the more probable scenario that it was a rat or a bat.

For two nights I slept in a tent and was gifted with the sight of a cockroach just before turning in for the night. Even more lucky, each night was a different species of cockroach. The second night was a slimier, fatter one. They were both so large I felt I’d be harming the eco system if I killed either one. So, as each skuttled underneath the bed next to mine, I told it that if it left me alone, I’d leave it alone. However, if it crawled into my bag and tried to travel with me, game over. And that’s how you survive when the jungle comes to your hotel room. 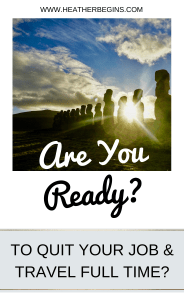 Fun Stories From The Road 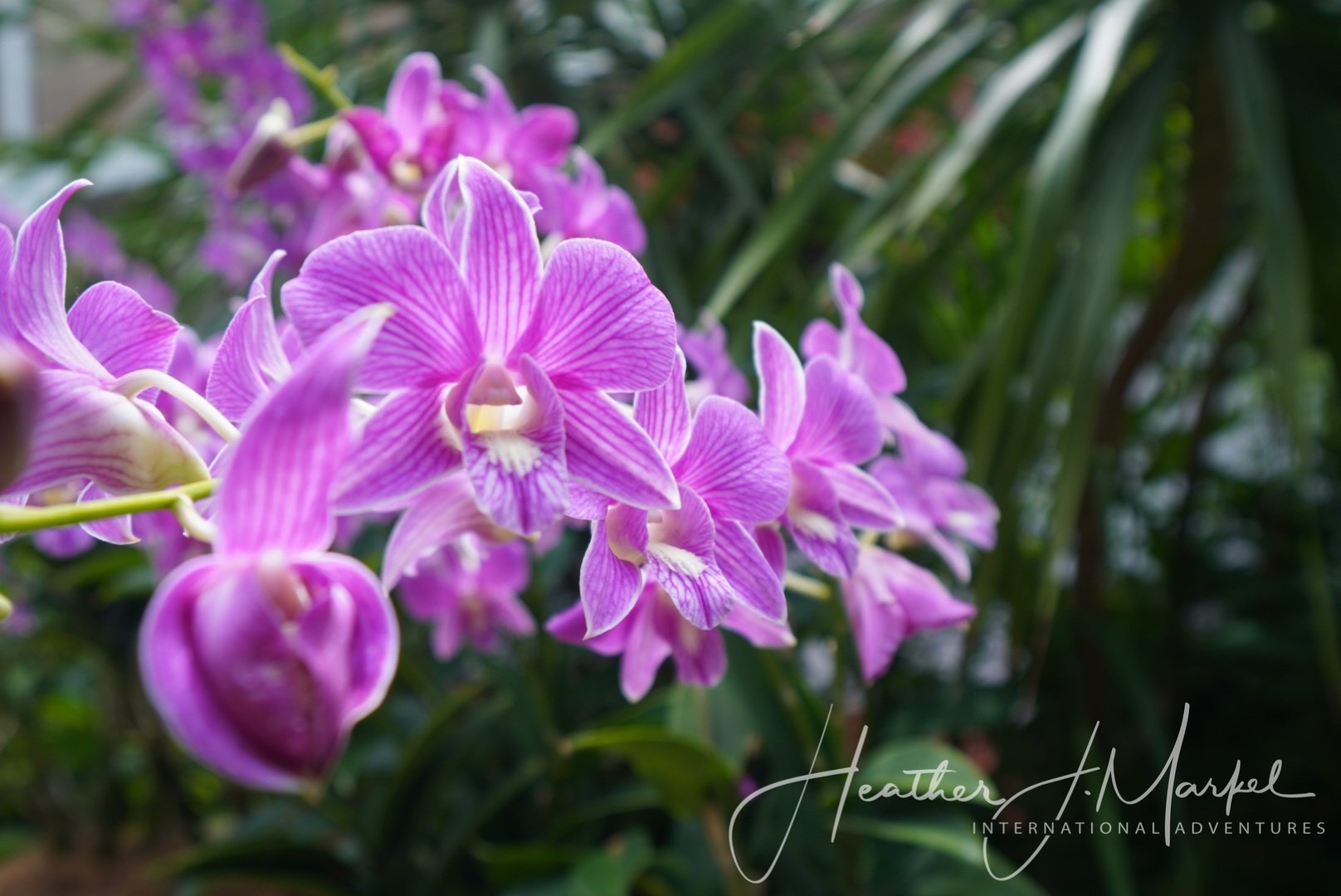 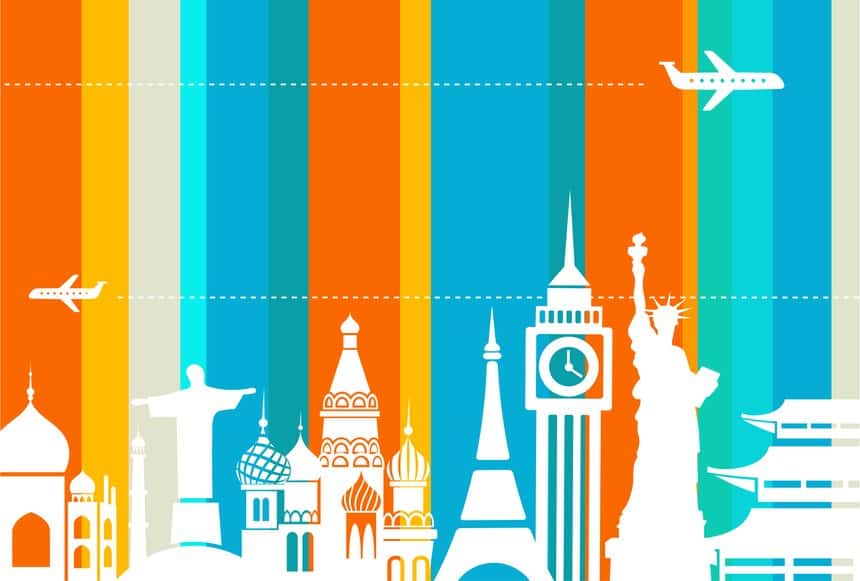 The Moral Dilemma Created By Traveling The World

How I Quit My Job To Travel The World 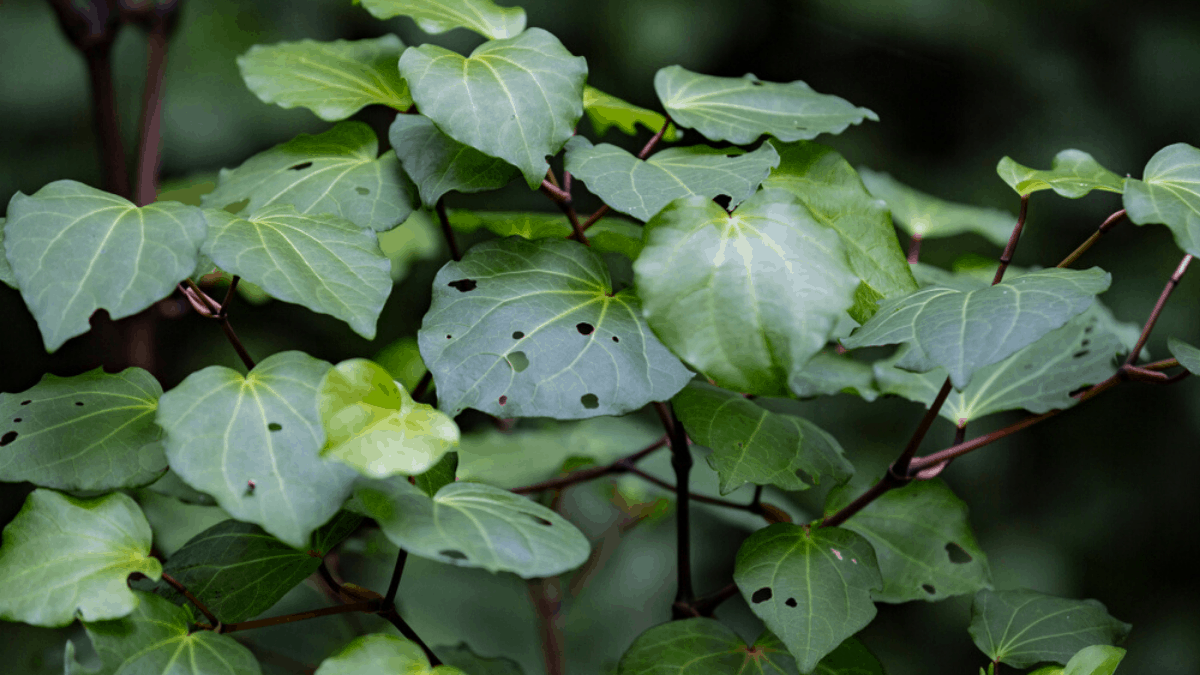 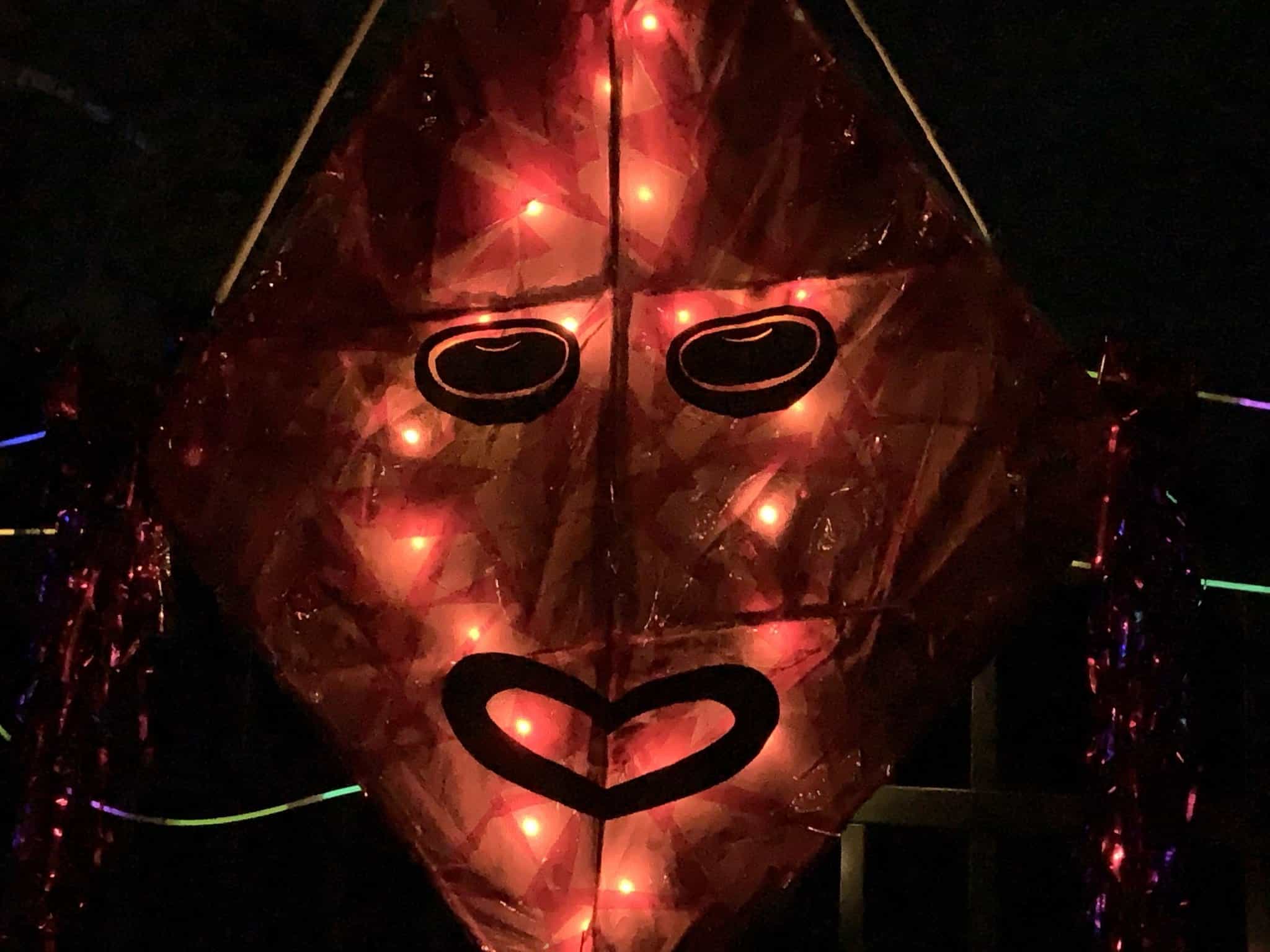 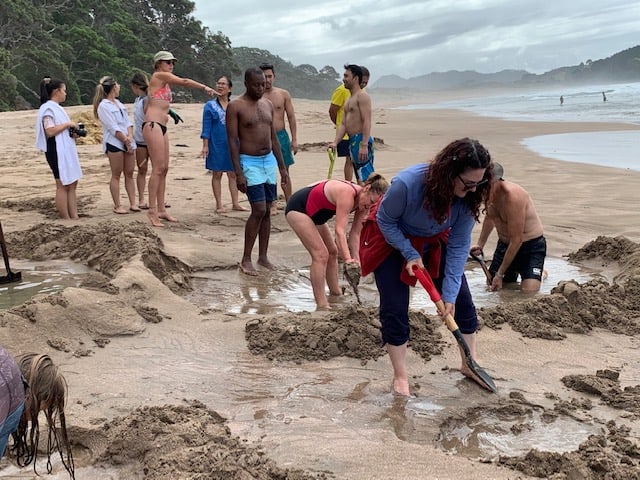 How Travel Romances Taught Me To Love Myself Most of what's keeping you from what you want - full-time travel, a new business idea, a radical career shift - are your excuses. After one session with Heather, you'll understand which excuses are holding you back the most, how to get them out of the way, and you'll leave with an action plan that helps you set the foundation to pivot into the life you want. You know you don't like your job, but you can't figure out how to survive without it. Designed for frustrated professionals the program focuses on teaching you the key steps to shifting your work and money mindsets, and giving you the money and work strategies to pursue, leaving you empowered to quit with confidence and see that it really is possible to live happily without a stable job. Whether traveling full time was your dream before the pandemic, or after, this session will help you understand how to prepare, what you need to know, and how to get your finances in order to make it happen. It's the perfect accompaniment to the "How To Afford The Travel Life" eBook. You'll also get an understanding of both what's great about full-time travel and some of the challenges. You can also discuss planning help, and how to get the most out of your experience. It's always been essential to understand your money, but if you've lost your job due to the pandemic, now it's even more important that you create financial empowerment. In this session, Heather will work with you to first understand your gaps in managing your money, then she'll help you with the framework on how to ensure you can afford the life you dream of. You'll get tips to save and budget, and also discuss ways to earn money that will shift you out of feeling like a victim of the times, to seeing the opportunities in front of you to begin making money in a different way. You want to quit and travel full time, but when can you go? This eBook gives you all the formulas you need to calculate when you can quit and afford the travel lifestyle you want, in under and hour. Thanks to the pandemic, we've all had a chance to ask the question, "what now?" If you've decided it's time to quit your 9-to-5 to travel full time (or take it with you while you live nomadically), this program will help you address the core mindset, money, and planning gaps you have. This is the program that will help you acknowledge and overcome your fears about what's next, figure out how to afford and sustain your travels, and feel confident about planning your adventure. Book your free session to see if you're a fit! You're finally serious about traveling full time, but you cannot figure out how you'll afford it. Or, you're just curious whether it's really even possible to afford the lifestyle. Bootcamp is for you! We'll go dive deep into savings strategies before you go, how to save on the road, and how to sustain your travels, as well as look at lots of work opportunities if you want to work while you travel! Includes a 3-day build your budget challenge to get you thinking about how to replace dreams with real logical steps to make it happen. You've dreamed about traveling full time for as long as you can remember, and now you've learned that it's a little more challenging than you thought. Get help getting through the initial shock and changes when you realize you're not on vacation. Learn how to manage those experiences where you meet parts of yourself long forgotten, and create a plan to help you have the best experience with your journey. If you want to see every post I've written, starting with the most recent, this is the place to start! 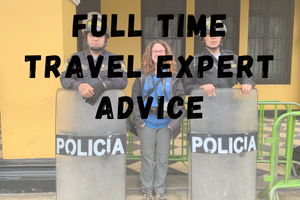 If you need some tips on getting started, traveling safe, and saving money while traveling full time, go here! I've been traveling the globe solo, and many of my posts share thoughts and resources specifically for other solo travelers. If you're a fellow solo traveler, or you're thinking about solo travel, this is a collection you will find of interest. If you're looking to read blog posts about specific destinations, click the country of your interest below to go to it's blog page and get country-specific reviews and thoughts. Sometimes I write posts where I give insider information on certain cities I've visited, which may be more along the lines of places to go, how to save money, etc. If that's your main interest, check out this compilation of posts. At the heart of international travel is learning about the many different cultures and ways of being around the world. The posts compiled on this page speak, specifically, about the cultural observations I've had. Many of my blog posts are about things I've discovered about myself or about being, while I've traveled. If you'd like to focus on posts that only have self-discovery themes, click the button below.